In 1927 Stearman Aircraft established an airplane factory in 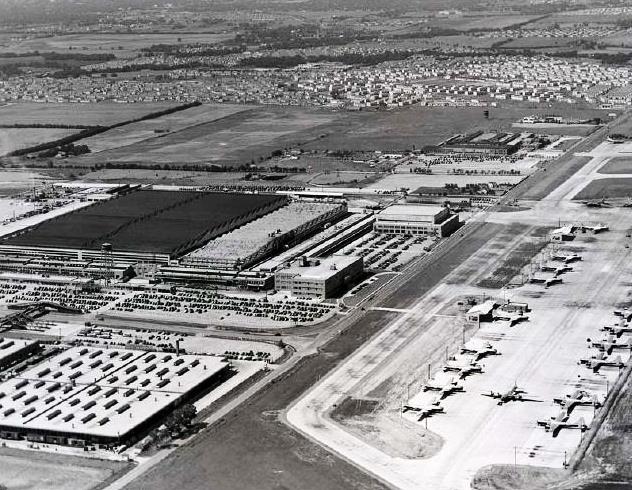 Wichita, Kansas. Boeing absorbed Stearman in the 1930s and used the 1,127-acre site to manufacture civilian and military aircraft, including building 1,644 B-29 Superfortresses during World War II. Boeing closed down most of its Wichita operations between 2005 and 2012, dividing up the property and selling it to other parties. Boeing remains the responsible party for the environmental remediation efforts at their former facility.

The Boeing Wichita Site is in an industrial area in southeast Wichita, Kansas. A long history of industrialization has left a legacy of volatile organic compounds (VOCs) in soil and groundwater throughout the area, including tetrachloroethene; trichloroethene; cis-1, 2 dichloroethene; vinyl chloride; and benzene, toluene, ethylbenzene and xylene(s). Another contaminant of concern is chromium (hexavalent and total).

Contamination was identified in 1985 during an environmental investigation of the nearby Cessna Plant II facility. The contamination is generally attributed to a history of solvent degreasing, metal plating, and fuel spills or leaks. KDHE has issued several Administrative Orders, Consent Orders, and Amendments to Orders to address the contamination. Since January 1996 Boeing has completed multiple investigations, installed a groundwater extraction and treatment system, addressed source area contamination, established interim and remedial measures to control contamination migration, and continued work to delineate the contaminant plume, including establishing a zero concentration line.

Boeing has worked cooperatively with KDHE to address environmental impacts, including operating approximately 179 recovery wells, and approximately 19 permanent and mobile air strippers to remove VOCs dissolved in recovered groundwater; installing a 300-foot long by 30-foot deep groundwater interceptor trench to recover off-site groundwater contamination; and performing dual-phase recovery at select well locations. The treated water is either discharged to the Arkansas River through a National Pollutant Discharge Elimination System permit or is treated at the Spirit Industrial Waste Treatment Plant and reused in the Spirit plant. The combined remedial systems are effectively reducing VOCs in groundwater.

The Corrective Action Decision (CAD) for the site was issued on February 26, 2013. The approved remedial plan includes continued use of the existing groundwater extraction and treatment system; in situ bioremediation, permeable reactive barriers, and monitored natural attenuation in selected areas; groundwater monitoring with five-year performance reviews; land use controls, prohibition of new consumptive use wells, and implementation of a soil-waste management plan for the site.

As of September 17, 2013, a Consent Agreement and Final Order (CAFO) was completed between Boeing and KDHE to facilitate the implementation of the CAD. The Corrective Action Plan was approved on September 2, 2014, and corrective action activities are underway. An Environmental Use Control for a portion of the site was finalized in December 2014. The remainder of the site is under institutional controls and deed restrictions.